By Riku HietarintaFebruary 9, 2021 No Comments 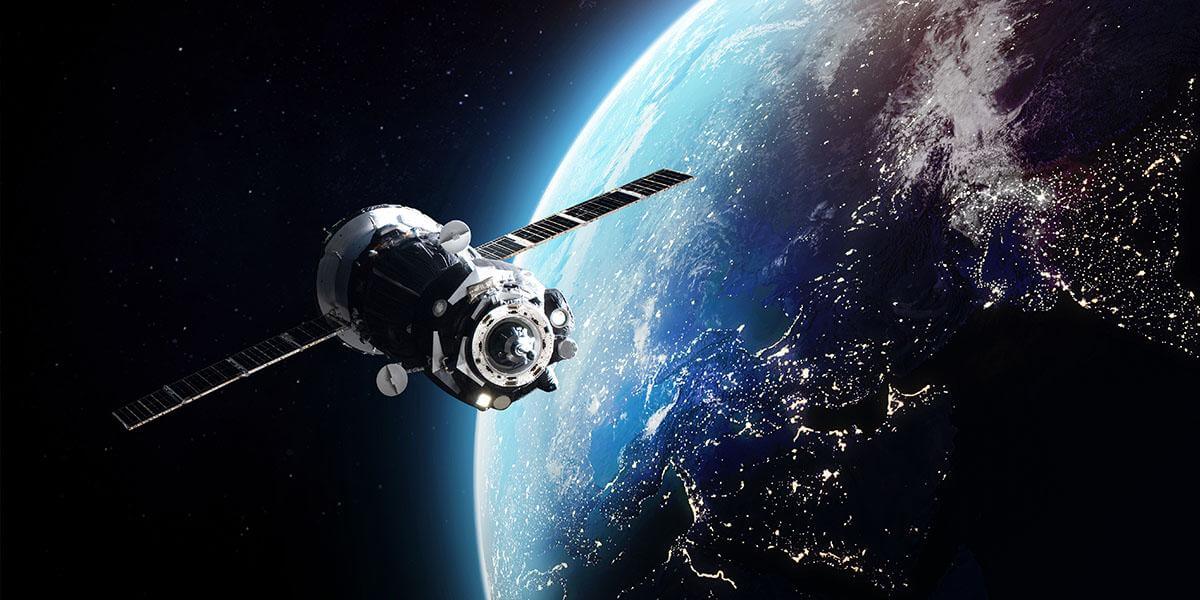 Finnish research group’s project aims for spacecraft that are lighter and faster to manufacture. The research focuses on the development of 3D printed polymer components suitable for use in space.

Our partner Maker3D is part of this research group with a role of 3D printing the demanding parts with ultra-polymers and provide expertise about 3D printing technologies and part designing. miniFactory Ultra 3D printer has been chosen to be the tool for the job, since it enables wide portfolio of high-performance materials designed for aerospace and space industries. It also makes possible to combine multiple materials in the same part.

The project is called HighPEEK and it was launched in September 2019. It will remain active for two years. This project will ultimately produce parts applicable to space technology. The project is funded by the European Space Agency – ESA.

Since the cost for every kilogram launched to orbit can be up to $30.000, considerable budget savings can be achieved even with small weight losses. The research of the project aims to reduce at least 50% of the weight of the parts and minimize the lead time. The idea is to replace metal parts, so the materials used in the project generally need to be the most extreme high-performance polymers. 3D printing of such materials is extremely cost-effective way of manufacturing which is in the interests of the space launch market.

“It is possible to achieve the required specifications by replacing metal parts with 3D printed thermoplastics. When these parts are tested in TRL5 environment, the requirements are extremely high. The parts need to withstand strong vibrations, electrical charges and rapid changes of temperature. Sometimes the parts might also have an internal structures for the lines of electrical circuits.” Joni Kumpulainen, Project member – Maker3D

Satellite parts in the making

The parts used in satellites will be facing GEO space environment combined with vibrations and launch loads. Other important requirements for the parts are outgassing and UV resilience.

Two example groups of parts were chosen for the project:

To have a realistic view, metallic parts that have been used in satellite projects (such as ARTES) were chosen as a baseline, which to compare the 3D printed ultra-polymer versions.

One example of 3D printed part from the support structures and brackets group is highlighted in the picture above. The bracket is used to fix general-purpose honeycomb panels. These have been traditionally fixed by using simple aluminium angle plate which has been bolted to the frame. Even thought the 3D printed version looks a lot more complex it is 59% lighter than the traditional aluminium version. The latest 3D printed part highlighted in the picture has been printed as a semi-hollow structure using gyroid infill. This enables the dramatical weight reduction without compromises in the mechanical properties. The material used in the 3D printed version is carbon fiber reinforced PEEK. 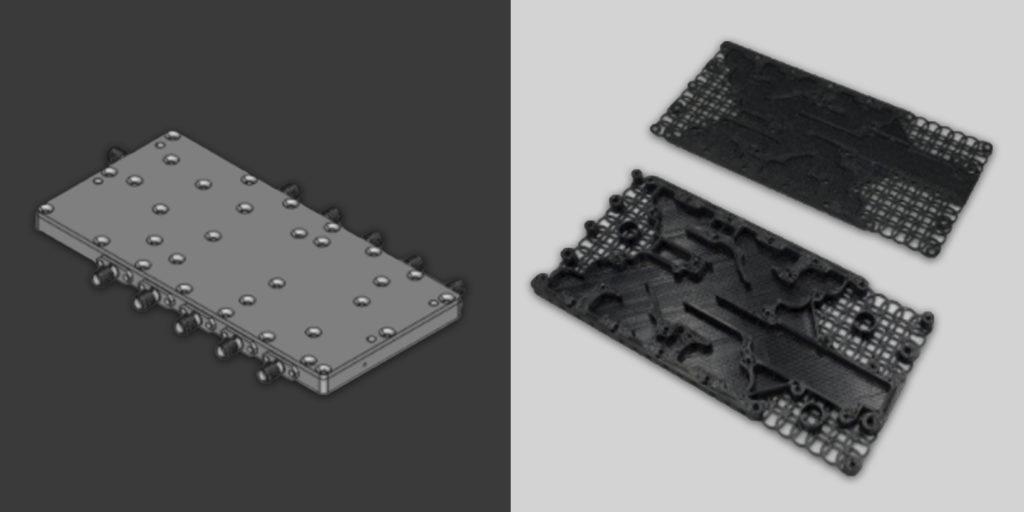 The second example part is from the group of enclosures. With 3D printed assembly using ESD-PEKK material, the power relay housing for Sentinel 1 earth mapping satellite was made. The original housing was made using aluminium.  By utilizing the capabilities of 3D printing, the structure has been altered with lighter meshes. Together with ultra-polymers, all the goals of the project can be achieved. 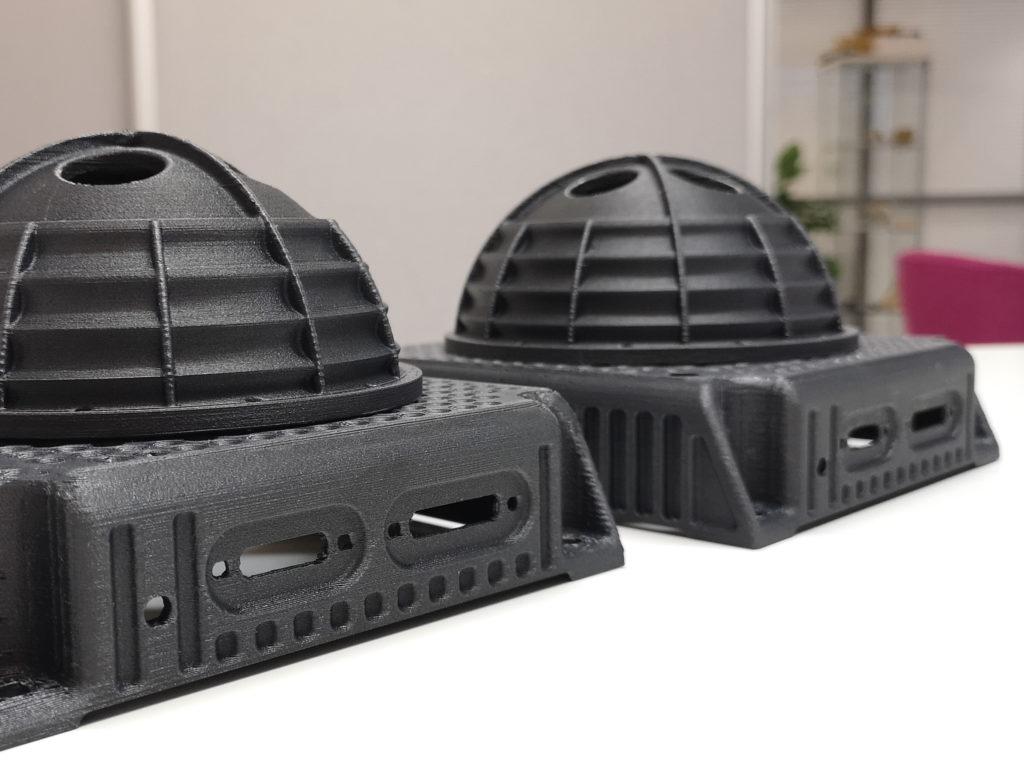 The experimental IRES-C sensor housing shown in the picture above was originally made using metal. The name IRES-C stands for InfraRed Earth Sensor, Coarse and its task is to be a part of the attitude adjustment of the satellites in the orbit. The redesigned housing for the sensor was 3D printed using carbon reinforced PEEK, and once again the design enables lighter structure without compromising the functionality.

REQUIREMENTS FOR THE PARTS

In the beginning of the journey to the orbit, the parts need to withstand a lot. 6g’s of longitudinal and 4g’s of lateral acceleration to be exact. And that is not all. There are a lot of continuous vibrations and sporadic shock loads. Therefore, the testing of the parts needs to be comprehensive and cover different aspects of strength and stiffness tests for the part. Besides tensile and bending modes, the fatigue of the parts is tested using shaker tables.

When the parts enter to the orbit, the demands change, and different challenges emerge. The parts are now facing high vacuum and different spectrums of electromagnetic radiation. All the parts need to be stress tested for different subtypes of UV (A, B and C) to be able to withstand the continuous exposure in the space.

On top of that that the parts need to have extremely good outgassing properties. It is a phenomenon related to the stability of the part in high vacuum. The parts should not contain gas bubbles in the polymer structure or chemically decompose in the vacuum.

To be able to fulfil all these demands, the parts need to be made for the most extreme polymers on the market with the controlled and monitored process. 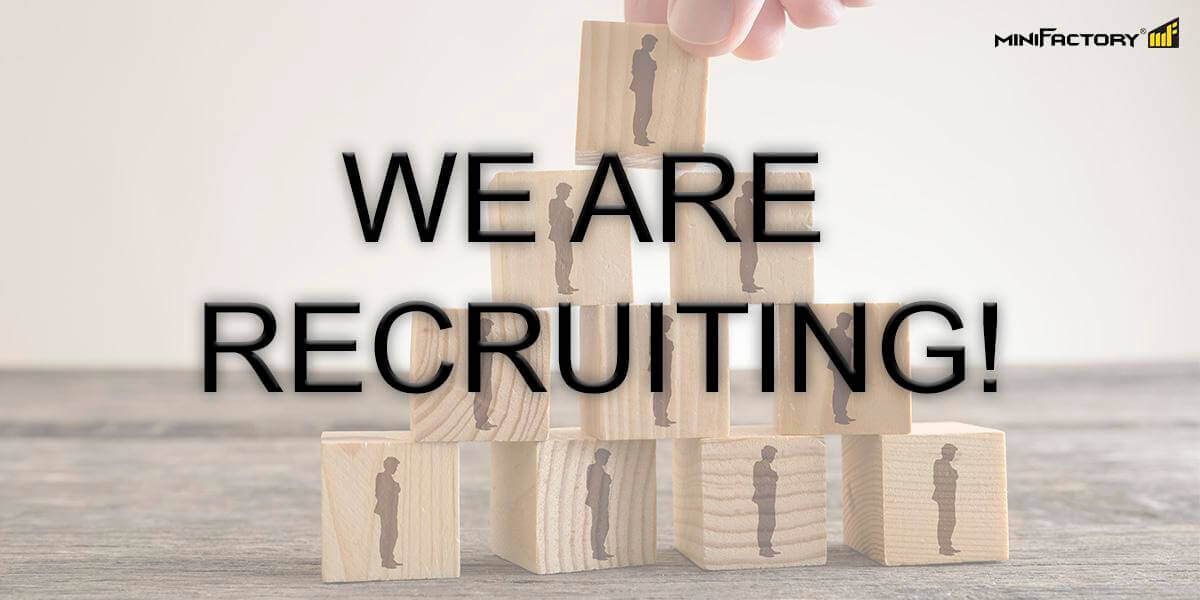 For all sales, product information or support services please contact us and we’ll get back to you as soon as possible.