Win your rallies with 3D printing

With his experience, he knew exactly the high requirements for the spare parts in motorsport. Only a few months and multiple 3D printed parts later, Jari-Matti is pushing the rally car to the limit and heading towards real competitions.

STORY BEHIND THE INVESTMENT

Jari-Matti Latvala has been around rally cars almost his entire life. He has turned his passion into his job by being a rally driver but also by being an entrepreneur. His company JML-Sports is focused on re-building the “cult” cars of 80’ and 90’ to a historic rally cars. The availability of spare parts for those cars is extremely limited and the manufacturing is usually complicated and expensive.

To keep the “cult” cars on stage, Jari-Matti and his team made an innovative decision to invest in 3D printing and start manufacturing complex motorsport parts by themselves. With 3D printing, the team can significantly speed up the manufacturing of parts and with the fraction of the cost of traditional manufacturing. What used to take multiple weeks to manufacture has now turned to overnight production under their own roof.

At JML-Sports, everything happens in the same space, which makes the manufacturing of the parts on demand unprecedentedly fast. A need for a part is found in the car, the engineer measures the required dimensions and designs a 3D model to fit. The part is then printed and tested in place. At best, this happens within hours, without special tools, moulds, or multi-stage manufacturing methods. In most occasions they can even outperform the original part with the 3D printed version. Now the team can 3D print parts that are capable of handling chemicals, high temperatures and mechanical stress just by choosing from the material portfolio. 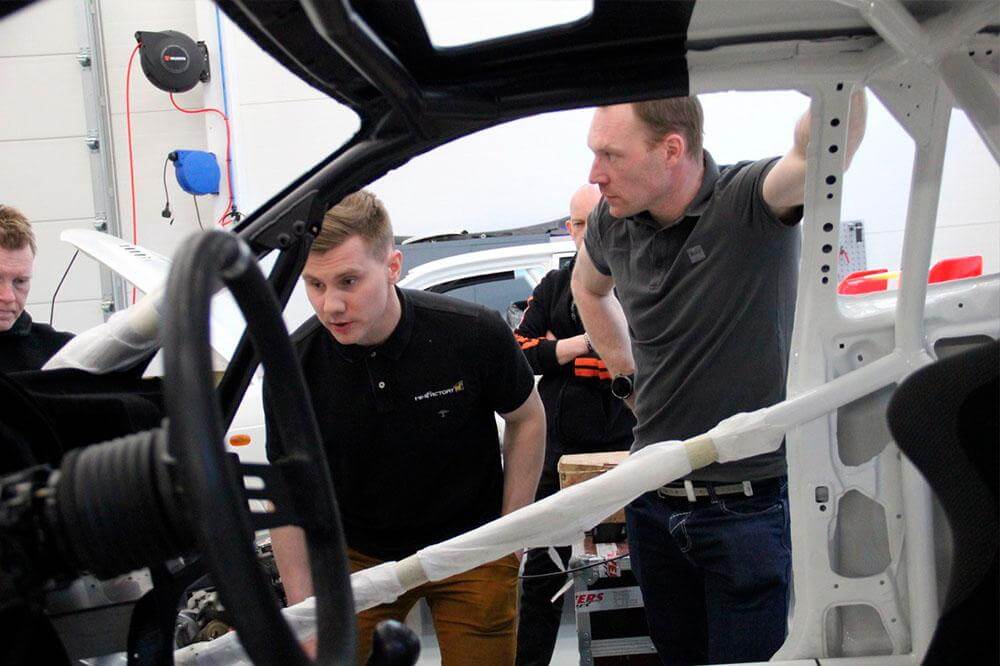 Roughly one year ago Jari-Matti started one of his current rally car projects. Toyota Celica ST165 driven by Mats Jonsson, the winning car of the International Swedish Rally in 1992 was delivered to Jari-Matti. The car arrived in parts, which has now been completely rebuilt by the crew. During the rebuilding, it became obvious that the car was missing some critical parts that were hard or impossible to get.

While the team was building the Celica, they noticed a missing turbo intake pipe. Big masses of air flow through the pipe, so high mechanical strength and good heat resistance are required. With 3D printing, the team was able to fit the part perfectly and optimize the airflow to gain best possible performance. 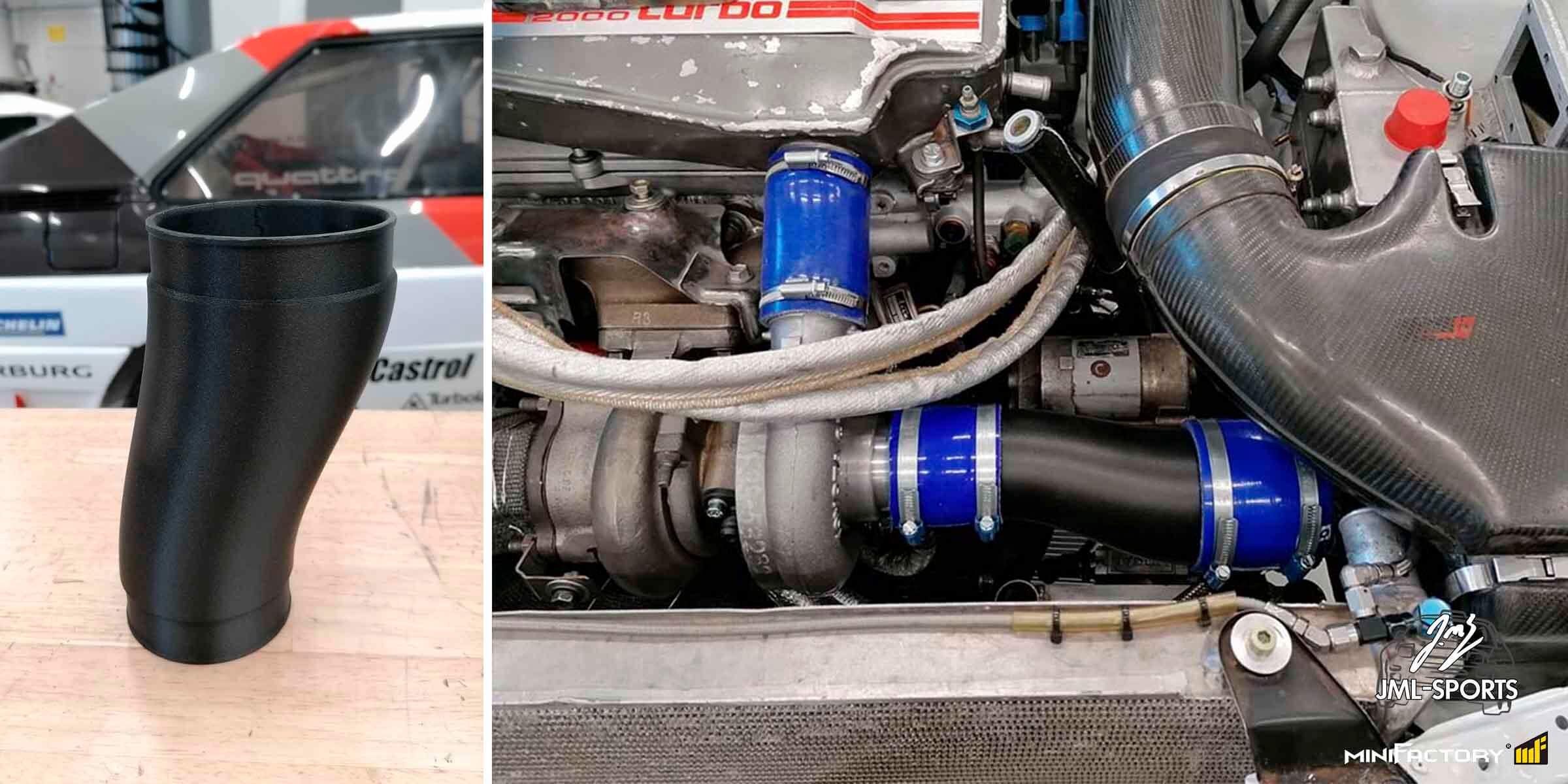 The air intake duct is another necessary part of the same assembly. This part must withstand continuous mechanical stress of the rally environment. With 3D printing, it was possible to replace the multi-stage manufacturing process that was used to create the original part. Utilizing 3D technology, the properties of the part could also be optimized. The team chose to make these parts from carbon fiber reinforced polyamide by DSM. The material has a high tensile strength and modulus while retaining its properties at elevated temperatures. 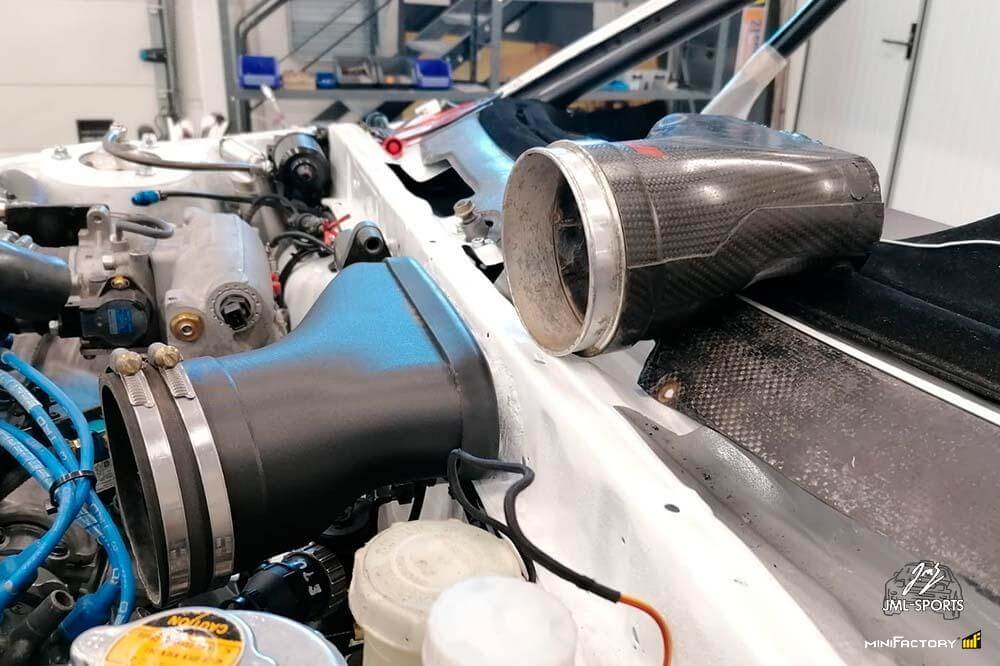 The completely rebuilt car enhanced with multiple 3D printed parts was tested in action. With the experience of over 200 WRC rallies Jari-Matti was confident about the performance of the car. Now he is heading to a real competition in the national rallies.

“With miniFactory Ultra 3D printer, we are able to create end use parts with integrated features. Those parts used to be difficult to get or even manufacture. Excellent example of such part is the new turbo intake pipe that we 3D printed. The complex geometry combined with optimized airflow keeps me amazed.”

COMPETITIVE EDGE FOR THE FUTURE

After the Celica ST165 the focus will move to few other rare rally classics such as Toyota Celica ST185 and Mitsubishi Lancer Evo3. With the successful start with miniFactory technology, the team already knows multiple parts that they can now 3D print. Next parts that will be 3D printed are intake lines, air filter covers, air vents and side mirror covers.

Only with few months of 3D printing and the team has already been able to revive cult classics of rally cars. The number of things that they will do during next years is only limited by the imagination. But one thing is for sure, they will win their rallies with 3D printing! 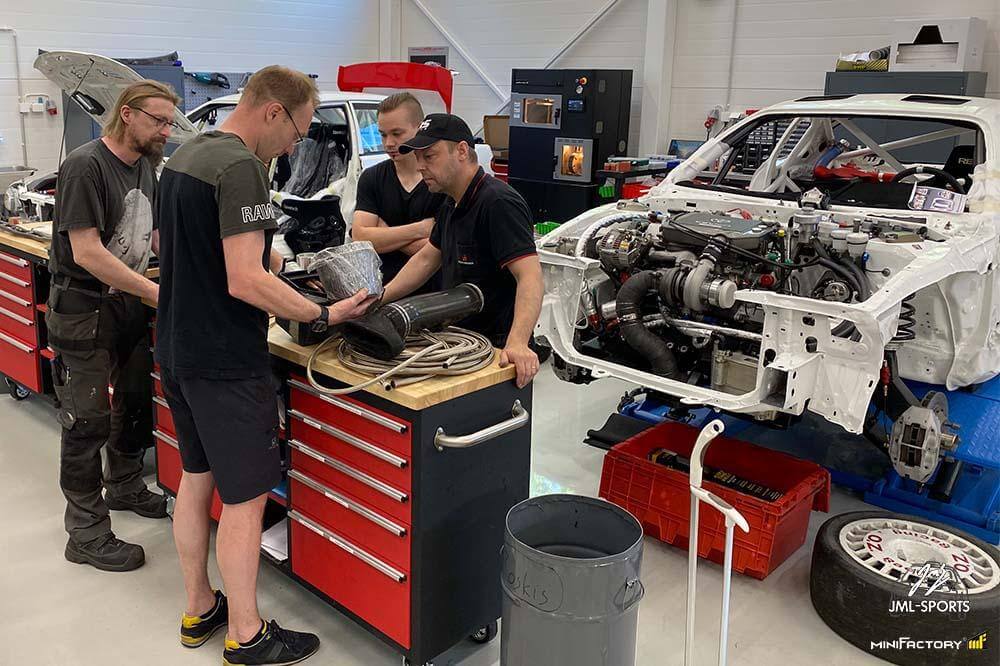 To hear more about the benefits of 3D printing in automotive applications, participate to the Automotive Aftersales Summit at the Helsinki Fair Center on 26.11.2020.

Jari-Matti will be one of the keynote speakers. He will share his thoughts about 3D printing and highlight the benefits of the technology.